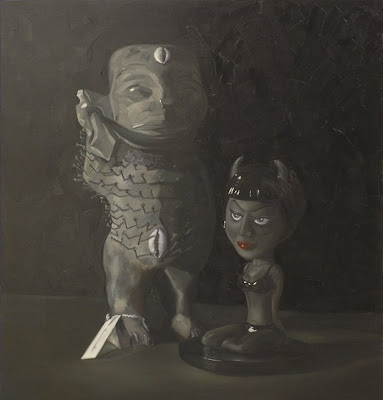 A few finishing touches left to do but I haven't posted a large painting on my blog for sometime, I wanted you to see what I've been working on. You may remember I put up an image of this last year at the first stage. I am enjoying painting in monochromatic colours after painting with an intensified bright palette for so many years I just feel a great need to knock everything back. The question of how much information do you need in a painting is very much on my mind.
Posted by This Painting Life at 3:13 PM 3 comments: 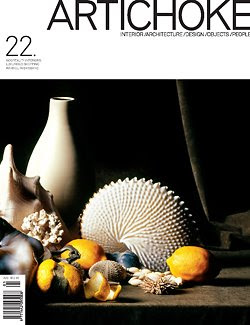 Absolutely delighted when I picked up the latest issue of Artichoke magazine (number 22) on the weekend and found an article in SCAN with photos on "Snap Freeze" a survey of Still Life as a genre in contemporary Australian Art exhibition that I was curated into last year. There is a photo of my work and a discussion by the writer about my painting which is fantastic to see. 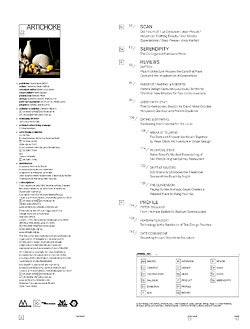 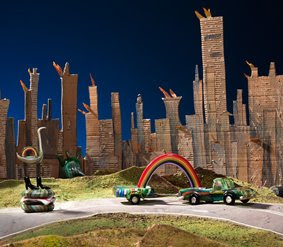 Adelaide is a BUZZ with art openings, fringe performers, writers week, street performers and WOMAD...its exciting! I've been to all the major visual arts openings that started last Thursday with EAF, Jam & Samstag galleries. I was most entertained by a suitably bemused Ray Hughes wandering about going quite unoticed by most of the insular Adelaide Art Crowd...I, of course couldn't resist going up and bothering him whilst he sat smoking a cigarette and watching the crowd ebb and flow. He was there at the invitation of one of his artists Tom Moore, who had the star works of the night for me at his exhibition "Autogenic" @ the Jam Factory.

Samstag Museum is hosting Penumbra: Contemporary Art from Taiwan which I was a little disppointed in, mainly because I thought it would be more challenging. However, having said that I went on opening night and the work probably has more impact when you are not talking to people and drinking wine...I'll have to go back. Meanwhile, the 2008 Adelaide Biennial of Australian Art "Handle with Care" opened on Friday night and I was impressed with this show. I thought it was a huge improvement on the last Biennial and I particularly liked the fantasy world created by Kate Rohde's sculptures. 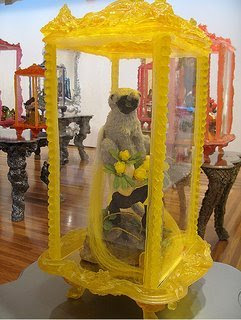 Of the commerical galleries I very much enjoyed (although I've seen most of it before in Melbourne at Diane Tanzer Gallery)...the photographic works of Marian Drew. They are beautifully sinister and reference still life paintings of animals, food and vanitas. I particularly liked this work "Possum with five birds" in Drew's exhibition " Every Living Thing". 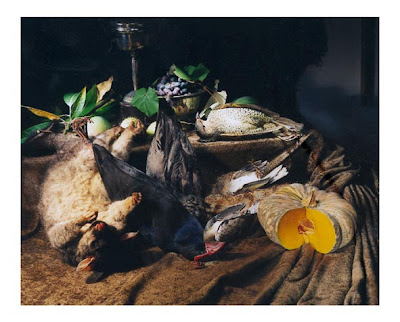 Posted by This Painting Life at 12:07 AM No comments: