There was so much to see and do in Melbourne that I couldn't squeeze it all into one blog post...so here is a bit more of the journey and the people along the way....
Day one in Melbourne started off with a wonderful walk in the park and then breakfast with the lovely Channel 10 Adelaide Newsreader who is based in Melbourne, Rebecca Morse and the keen eye amongst you will realise this is the person whom has been my subject for a portrait painting. 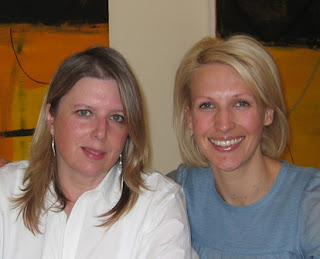 Heading off to some galleries, Nellie Caston, a peak at the new and very large premises that Mossgreen now occupies in South Yarra and a gander at the works on offer for their auction. I was very disappointed by the Christine Abrahams show of Philip Wolfhagen's work it was slapped together and although I appreciated the surfaces I saw, I found them neither abstract or literal representation of landscape and sky, they lay somewhere in the middle not sure of where they wanted to be.
Later in the day we headed off to Brunswick street for some alternative shopping, always a rewarding experience! I spent way to much money in Zetta Florence! 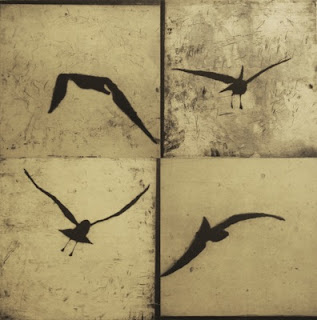 With my pocket suffering in shock I took myself off to see Louise & David @ St Lukes and stocked up on some art materials...with the promise of beer, we hung around after being told an artist called Martin King was coming around to show his home movie of a trip he'd taken to the sub antartica. Well, my sceptical eye was raised thinking, oh my, a home movie...Was I WRONG! Martin turned up with a DVD and some catalogues and a group of us gathered to watch his experience detailing himself and three other artists and their trip to South Georgia on the ship Australis in 2005. What a wonderful production which I immediately said the ABC should be screening to which he said they were planning to...keep your eye out for it, a really well shot, great music score, amazing scenery and exploration by the artists. King recently held an exhibition at Port Jackson Press.

Spoilt to have seen such a well put together production and all fuzzy from drinking beer, it was time to get myself together to meet for dinner, the very charming Eugene who is working with Jim for his 2008 exhibition with Charles Nodrum Gallery.

Morning of day two it was decided that town was the best idea and headed off we did to Flinders Lane, took in Hearman's show at Tolarno Galleries, which was crowded to the rafters with work, all wonderfully painted but way too much of it! Ducked into a couple of shops underground that were hidden by hidden doorways and off to look as any good tourist does...yes, Graffiti! 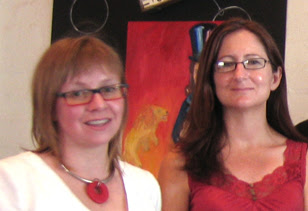 Jim and I met up with Daniel Sanger and Michelle Giacobello at their exhibition being held at Cafe Loco in Elsternwick, we were also joined by Triecia Gibney and had a long chat over some lunch, it was great to meet with people in the physical sense those you've only interacted with in a virtual way. 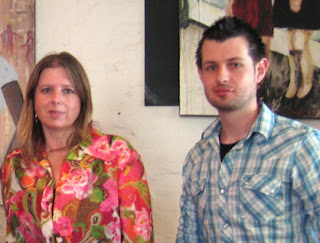 And so it came the big day of the exhibition opening but first the drive in the beautiful Gippsland...Had a great time, a few people drove over from Melbourne for the show and everyone who was there loved the exhibition. After the opening a group of us sat down to the wonderful country hospitality of Cowwarr Artspace director, Carolyn Crossley who cooked the fresh fish that her partner and great sculptor, Clive Murray-White caught.. 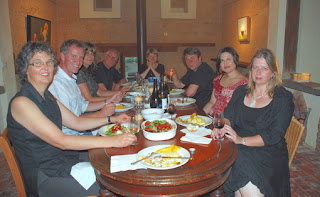 Posted by This Painting Life at 5:17 PM 2 comments: 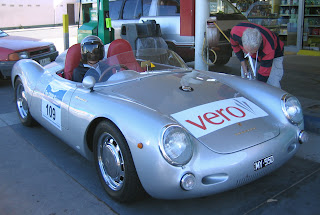 Had a fantastic time in Melbourne as always...starting with the long and beautiful drive down the Great Ocean Road and came across some beautiful cars there for the Porsche Great Ocean Road Escape. There were about 170 cars plus officials etc ending up in about 350 people involved, a really big group of people having a lot of fun in expensive cars! I found this replica Porsche, like the one James Dean was killed in, built by the man who was checking the tyres. Absolutely beautiful. Many people were not so impressed with the Great Ocean road being blocked off at various times over the weekend so the club members could play the driving course. They were raising money for the local hospital on the way. so that has got to be good. 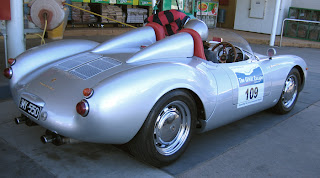 After getting distracted by cars as I always do.....I went nuts taking photos of trees, Sulpher Crested Cockatoos that were running around everywhere in Lorne and of course I had to climb up on something to get a better view of the ocean! 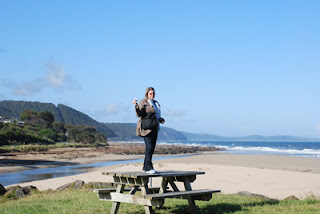 There is a great Sculpture by the Sea exhibition along the coastline at Lorne too...well worth the look. 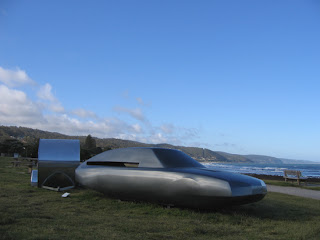 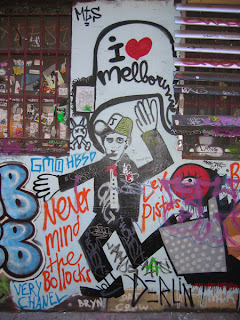 Finally got to Melbourne, went Gallery Hopping in Flinders Lane and a look at all the fantastic Graffiti everywhere...I thought the I love Melbourne one was really appropriate. 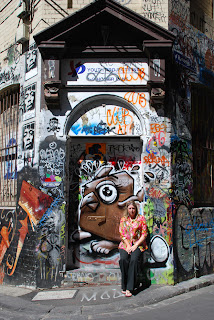 After a day of running around the art shops buying paint, looking at shows, visiting friends just needed a good night out, so an artist in Melbourne suggested the Blue Diamond. Had a fabulous time there, what a great view...and all those decadent red curtains everywhere are just my kind of idea of right... 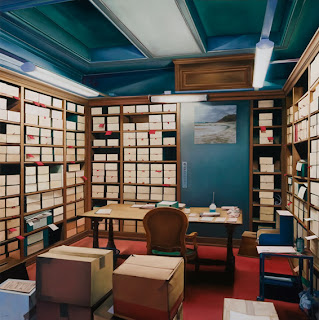 Of all the exhibitions I saw, the whole exhibition and this painting called "Thought you had all the answers", 2007 oil on linen 152 x 152cm by Julia Ciccarone was the most inspiring experience and I recommend getting along to see it if you are in Melbourne.
Posted by This Painting Life at 12:03 AM 2 comments:

On the road again 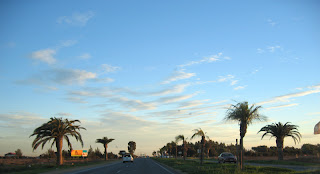 This is the view from my car as I drive to the studio at the end of the day from my job..although its a lovely view and I really should stop taking photos as I drive, but then I'm usually so bored at driving at these ridiculously slow speeds we are forced to go at these days...Anyway....I'm leaving in the early hours of this morning and heading up the coast to Victoria via the Great Ocean Road...I just cannot wait! I'll be back in a few days from my trip and the opening and I'll tell you of my adventures then.
Posted by This Painting Life at 7:45 PM 2 comments: